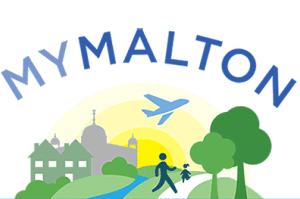 Long a neglected area of Mississauga, the Malton neighbourhood is getting a redo. After nearly eight months of public consultation, the vision, which highlights the need for reinvestment in the area and the creation of community gathering spaces, especially for youth, is complete.

To address the challenges of creating a complete community within the established residential area, the city engaged Urban Strategies to undertake a visioning process, which resulted in the MyMalton Community Vision. The vision will form the basis for reviewing and updating the area’s official plan policies, which haven’t been reviewed in quite some time.

Ward 5 councillor Carolyn Parrish told NRU that the Malton community is in need of revitalization following a long history of neglect. The geographic isolation of Malton, caused in part by the expanse of industrial lands surrounding Pearson airport, is a factor in that neglect.

“It’s like a little village all by itself. It could attach itself to Brampton more easily, or to Rexdale… we ended up with Malton in Mississauga, from which point it has pretty much been ignored,” she said.

Mississauga policy planner Teresa Kerr told NRU that a recent commitment by the Greater Toronto Airports Authority to loosen some of the restrictive noise policies that are in place for the area served as an impetus for the vision exercise. These policies have limited the ability of Malton to develop, and making them less restrictive would allow some of the remaining vacant parcels to be developed.

“In Malton itself, the potential for redevelopment is quite small. There are only a few vacant parcels left , and those parcels really have been stifled by the noise regulations,” Kerr said. Parrish also stressed the impact these restrictions have had on Malton, an impact that stretches back two decades. “One of the problems that Malton has had for the last 20 years is severe restrictions on sensitive buildings [such as] seniors buildings… because the airport has corridors that they consider to be high noise areas,” Parrish said.

Parrish’s ward is an important economic driver for the city, producing 65 per cent of the industrial tax, and 50 per cent of the commercial tax for Mississauga, due to the presence of the activities surrounding the airport. In spite of this, Malton has received little investment from the city, Parrish says, and is in need of an upgrade.

“It’s tired, it’s neglected, it’s the last to get everything ],” Parrish said. There are three areas in Malton that Parrish is focused on revitalizing: Westwood Mall, the intersection of Airport Road and Derry Road, and the recently re-named Paul Coffey Park. All three areas are underutilized public spaces. “Malton hasn’t got one central place where everybody goes, it has three,” Parrish said.

Kerr noted that much of the revitalization that is expected to occur in Malton will happen mainly through reinvestment. The visioning exercise was about finding out what is important to the community and where re-investment would be best focused. Underutilized assets in the Malton neighbourhood include the Mimico Creek and surrounding parkland. Also, the community wants a public gathering space, as well as more youth-focused spaces.

“There’s a longstanding need for space dedicated to the youth [of Malton]. It’s a big venture and perhaps they’ll end up with several small spaces, but that’s definitely on the table,” she said.

Beautification of the Malton neighbourhood, such as streetscape improvements, is also an important aspect of revitalization that was a theme throughout the community consultations. Kerr said that not everything in the vision can be captured through official plan policy amendments. So the next step is for staff to use the vision to create an action plan and assign various objectives to different departments and agencies, or to the community.

The action plan is expected to come to Planning and Development Committee for consideration before the end of June. Also, official plan policy amendments will be draft ed and are anticipated to come before council early in 2017. Kerr said a potential official plan policy direction that could encourage intensification in Malton would be the southern expansion of the Malton Community Node.

Meanwhile, staff will focus on working with the GTAA to loosen the noise restrictions. “Perhaps new [noise] policies along Airport Road—that may help incent redevelopment of some of those parcels—would be tackled [as part of the official plan amendments],” she said. The MyMalton Community Vision Directions Report is expected to be considered by Mississauga Planning and Development Committee April 11.