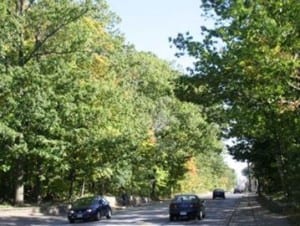 “Should the City of Mississauga be allowed to destroy the edges of a beautiful woodlot to accommodate the questionable needs of urban sprawl?”

Ontario Environment Minister Jim Bradley was asked that question by a rookie Peel public school trustee in August, 1988 in a letter asking for an environmental assessment of a plan to widen McLaughlin Rd.

The plan would have cost $3.9 million and destroyed 150 trees on the western fringe of the Britannia Farm owned by the Peel Board.

Last Wednesday, almost 28 years later when an updated proposal to widen the same road at a cost of $13 million and 420 trees came before City council, that same politician – now a City councillor – got to answer her own rhetorical question. Read More >>>