City to Allow Fireworks during Diwali and Chinese New Year 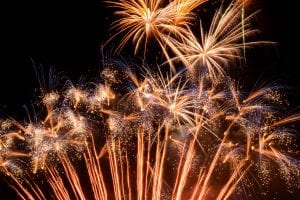 At General Committee, City Council approved a permanent exemption to the Fireworks By-law.

The exemption will allow fireworks to be set off during Diwali and Chinese New Year. Currently, the relevant by-laws provide exemptions to waive the permit requirements for Victoria Day and Canada Day only.

“We appreciate that fireworks are an important part of many holidays celebrated within our diverse city,” said Tim Beckett, Fire Chief, Mississauga Fire and Emergency Services. “Although fireworks can be fun to watch, we want to remind residents that with fireworks comes added safety concerns. We encourage all residents to read and understand safe fireworks procedures before setting them off.”

The exemption for Chinese New Year will apply to the first day of the holiday. As Diwali celebrations take place over a number of days, the City’s Fire Chief will specify the date for the exemption each year. For 2016, the fireworks exemption will be applied on both Saturday, October 29 and Sunday, October 30.

Council will officially approve the recommendation during the City Council meeting on Wednesday, October 26.

On September 16, 2015, a request was made at Council to amend all by-laws associated with the setting off of fireworks to make an exception for both Diwali and Chinese New Year celebrations.

At the City Council meeting on October 28, 2015, a temporary exception was made to the City’s fireworks-related by-laws. The approved exception allowed fireworks to be set off during Diwali and Chinese New Year. The exception was approved for one year starting November 1, 2015.

Residents are reminded that:
• fireworks cannot be set off on a public street or roadway;
• fireworks can only be set off in a park if a permit is obtained from the Fire Chief; and
• fireworks should only be purchased from a licensed retailer permitted to sell fireworks to the general public within the City of Mississauga.

For more information about the City’s fireworks regulations and what residents should know when using fireworks, please visit: mississauga.ca/portal/residents/fireworksregulations.