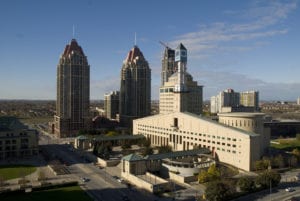 Today, Council adopted a resolution to seek ongoing support from the governments of Canada and Ontario for the City’s top priorities and initiatives:

“There is a buzz about Mississauga these days as we are a city in demand,” said Mayor Bonnie Crombie. “To build the Mississauga of the future, we need federal and provincial support in the form of long term, predictable funding for our top priorities like infrastructure, affordable, middle-class housing, and transit – the foundations of our city. As the two governments prepare their 2018 Budget, they need to listen to the priorities of Mississauga, as well as municipalities across the province. We are the economic engines and need committed and engaged federal and provincial government partners to continue to build and remain prosperous.”

While the City continues investing in transit, dedicated funding is needed for transit initiatives like the downtown portion of the Mississauga Transitway, the Regional Express Rail and Dundas Connects – all of these initiatives support future growth.

There is also a need for the City to continue managing its infrastructure and move forward on City-building initiatives. Waterfront development projects such as Inspiration Lakeview and projects that encourage active transportation are among the many projects identified as priorities. With federal and provincial funding and support, Mississauga can successfully plan for the long term.

“As Mississauga grows, a strong, continuing partnership with the governments of Canada and Ontario will ensure that we can effectively address the many challenges of a large city,” said Janice Baker, City Manager and Chief Administrative Officer. “Among all levels of government, Mississauga like all municipalities, receives the smallest share (eight to 10 per cent) of all tax dollars collected in Canada, yet we own 60 per cent of the infrastructure.”

Other priorities for the City include climate change and culture and heritage infrastructure.