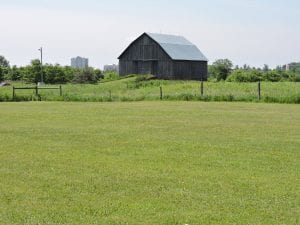 Smack in the middle of Mississauga, just north of its shimmering skyline, sits 81 hectares of fenced-in, desolate land entrusted to the local education system in 1833 by King William IV of England.

Almost two centuries later, after developers and golf course planners and former mayor Hazel McCallion tried unsuccessfully to get their hands on it, the Peel District School Board and the city are about to launch a historic project — Mississauga’s very own Central Park. But don’t call it a park, it’s an urban farm.