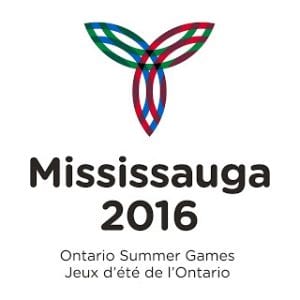 Approximately 3,500 of Ontario’s young athletes, ages 12 to 18, paraded into the Hershey Centre to cheers, applause and praise at tonight’s 2016 Ontario Summer Games (OSG) Opening Ceremonies in Mississauga. The event kicked off Ontario’s largest amateur multi-sport event, featuring 34 sport competitions. The Games run from August 11 to 14 at multiple venues across Mississauga and the Greater Toronto Area (GTA).

The direct economic impact is estimated to be approximately $4.5 million, with more than 6,000 hotel room night rentals anticipated.

“The Ontario Summer Games is the largest multi-sport event we have hosted in Mississauga. We are pleased to welcome the more than 3,500 Ontario Summer Games athletes and visitors to our great city,” said Mississauga Mayor Bonnie Crombie. “Mississauga has a history of hosting successful national and regional sporting events and I have no doubt that the Ontario Summer Games will build on that success. The Games provide a direct benefit to Mississauga by unleashing tourism opportunities to showcase our city and increase economic benefits. My hope is that everyone attending the Games, whether an athlete, coach or visitor, brings home with them a lasting, memorable experience. To all the athletes who travelled near or far to attend these Games – I want to wish you all the best in your journey for gold – bring it home!”

In attendance at the ceremonies was:

“As part of our government’s continued investment in amateur sport in Ontario, we are proud to present the 2016 Ontario Summer Games in Mississauga. This event is an important part of the Games Ontario Program, which provides athletes with quality competitive experiences and opportunities to pursue their sport goals. Our government is providing over $1 million to the 2016 Ontario Summer Games to support young athletes to showcase their athletic abilities and build the confidence needed to pursue athletic excellence on a global stage,” said Eleanor McMahon, Ontario Minister of Tourism, Culture and Sport.

“Tonight was a big success because of the hard work put forward by OSG Host and Organizing Committee, City of Mississauga staff, volunteers and Games sponsors who have contributed so much to make these Games possible,” OSG Games Chair and Member of Parliament for Mississauga East–Cooksville, Peter Fonseca. “It’s so wonderful to see the passion, energy and enthusiasm that many of these young athletes have brought to the Games. The Opening Ceremonies inspired possibilities for the many athletes in attendance, touching on important themes such as strength, togetherness and endurance.”

Throughout the four-day competition, elite youth athletes will go for gold in a variety of sports such as basketball, volleyball, wrestling, weightlifting, boxing, karate, triathlon, cycling and more.

The 2016 Ontario Summer Games in Mississauga is presented by the Province of Ontario, Games Ontario the City of Mississauga and Tourism Toronto.

For a detailed list of competitions, locations, news and updates about the Games, visit: osgmississauga.ca. Follow the Ontario Summer Games on Twitter and use the hashtag #BringItHome.

Supporting Ontario sporting events is part of Game ON – The Ontario Government’s Sport Plan, which is encouraging as many people as possible to play organized sports, helping Ontario’s high-performance athletes pursue excellence and promoting increased tourism and economic development.

More than 500 coaches and officials and sports fans will also be attending the Games.

The majority of the Games will be held at 16 Mississauga venues and neighbouring municipalities: Brampton, Caledon, Etobicoke, Innisfil and Welland.