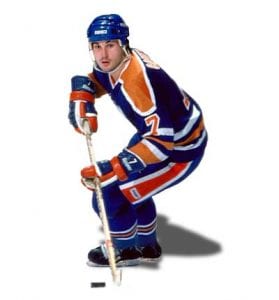 Malton, located in Mississauga’s north-east corner, is honouring a famous, home-grown hero, Paul Coffey by renaming its arena and a popular community park in his honour. Approved by City Council, Malton Arena and Wildwood Park will be officially renamed Paul Coffey Arena and Park this September.

“We are so proud of Paul and everything he has accomplished,” said Ward 5 Councillor Carolyn Parrish. “As an iconic figure within the community, we’re honoured to name two prominent locations in Malton after him.”

Coffey grew up in Malton where he played for the Mississauga Hockey League and was active in lacrosse, soccer and baseball. He played 21 seasons in the National Hockey League (NHL), where he won four Stanley Cups, played in 14 NHL All-Star Games and is a member of the Hockey Hall of Fame.

Parrish added, “We have been working with Malton residents to develop a vision that shapes the future of this growing community. Through the MyMalton Vision, Paul Coffey Arena and Park was seen as a transformational location with a lot of community interest. Naming the arena and park after a legendary, Canadian icon demonstrates that Malton is a place where you can pursue your passions.”

On Friday, September 23, a special community celebration has been planned to honour Coffey and unveil the improved look and community feel to the arena and park. Residents are invited to attend this celebrated occasion in achieving a new vision for the Malton community.

Malton Arena
Malton Arena has been an important part of the community for nearly five decades and has been a well-utilized facility by area residents and other city user groups. Improvements to the arena have been approved which include new exterior cladding, a fully accessible lobby washroom, landscape and walkway improvements and new signage. In addition, a sixty-four foot long exterior mural showcasing the beauty and rich history of Malton will be painted on the arena with the help from local artists, in collaboration with the Malton Community Festival, Culture Division, Recreation Division and Heritage Mississauga.

Wildwood Park
Wildwood Park is a valued asset to the Malton community. Approximately 44.45 hectares (109 acres), the park was acquired by the City in 1965. A playground will be added to the park located near the west side of the arena. Local fundraising efforts will help enhance the playground and promote community ownership and involvement through the fundraising program. A Master Plan and Transition Plan will be undertaken to guide the future development, recreational needs, land management, preservation and enhancement of the natural heritage and cultural assets of the park and arena.