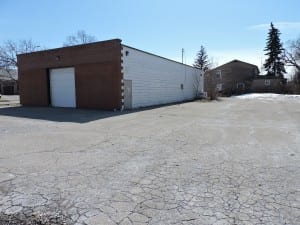 The City of Mississauga is moving forward on affordable housing in partnership with Habitat for Humanity to build two semi-detached homes with legal basement apartments on a vacant property to accommodate eight households in total.

The property is a former fire station located at 3136 Victory Crescent in Malton.

“Mississauga’s partnership with Habitat for Humanity demonstrates the City’s commitment to finding ways to increase the supply of affordable ownership and rental housing in the city,” said Mayor Bonnie Crombie. “Affordable housing is a priority identified in the City’s Strategic Plan, and we will continue to work toward meeting the demands of our growing population.”

Habitat for Humanity will be responsible for demolishing the fire station, debris removal, decommissioning the oil tank onsite and for all building permits and development charges. It will receive the property for $2.

“Bold, creative actions are needed to help address the critical shortage of affordable housing in Mississauga, including the Malton community,” said Councillor Carolyn Parrish, Ward 5. “The City’s efforts with Habitat for Humanity will result in an affordable place to live for up to eight families, generate revenue through property taxes and add families to a very welcoming neighbourhood.”

The City of Mississauga is developing an affordable housing program in collaboration with the Region of Peel, the provincial and federal governments and other private and public sector organizations. The program is expected to be established by the end of 2016.