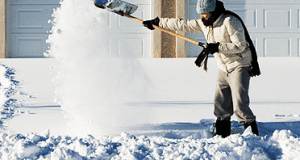 Resident safety is our priority every winter season and the City of Mississauga is prepared to keep traffic moving this winter. We are ready to clear 5,600 lane kilometres of roads; 1,400 lane kilometres of priority sidewalks; 3,700 bus stops and over 1,000 pedestrian crossings. Lane kilometres are calculated based on the plowing or salting of a kilometer long segment of roadway that is a single lane in width.

“Our priority during a snow fall is to clear major roads first to allow access for emergency vehicles and public transit. This is followed by residential roads, pedestrian crossings, priority sidewalks and bus stops,” said Mickey Frost, Director of Works Operations and Maintenance. “Our snow plow tracker webpage allows you to track the routes for snow plows and salters so you are aware of road conditions ahead of your commute.”

What we clear and when

Residents are advised not to park their vehicles on City streets from November 1 to March 31 between 2 and 6 a.m. Vehicles left on City streets in violation of the Traffic By-law may be issued a penalty notice and subject to towing and storage fees at the expense of the owner. During snow removal, temporary parking permits will not be issued and current ones will be suspended.

Frost added, “Residents also play an important role in keeping the community safe. It’s important to clear your sidewalks after each snowfall to keep them safe for pedestrians and be a good neighbour by lending a hand to help seniors or people with disabilities to do the same.”

Residents can track City snow plows and check routes in their neighbourhood by visiting the snow plow tracker webpage. In addition, they can follow @MississaugaSnow on Twitter or visit mississauga.ca/snow.

General questions about road conditions can be directed to the Citizen Contact Centre at 3-1-1 (or 905-615-4311 outside city limits).