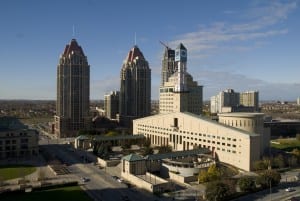 City of Mississauga staff yesterday presented Making Room for the Middle: A Housing Strategy for Mississauga to the Planning and Development Committee for their consideration.

The draft strategy aims to foster a supportive development environment for private and non-profit builders to provide a range of housing that is affordable for all, with a focus on middle-income households earning $55,000 to $100,000.

It offers 40 actions based on existing municipal powers to achieve its goals. It also proposes establishing interim city-wide housing targets for market rental and affordable ownership of 35 per cent based on those in the Region of Peel Official Plan.

“Housing is an issue that touches every Mississauga resident and business,” said Mayor Bonnie Crombie. “Council has already endorsed in-principle, actions to protect existing rental housing and create a housing-first policy for surplus lands. Making Room for the Middle: A Housing Strategy for Mississauga is the City’s plan to provide, together with our partners, a supportive development environment for a range of affordable housing.”

The 40 actions emphasize the importance of making full use of the tools the City has at its disposal. The City can create a supportive environment for affordable housing through actions such as making lands development ready and preserving rental housing. The actions also reflect the importance of working in partnership with senior levels of government and the Region of Peel to achieve system reforms and realize the goals.

“Middle-income households are a critical part of the workforce that supports the City’s long-term economic prosperity,” said Ed Sajecki, Commissioner of Planning and Building. “The goal is to remove existing regulatory barriers, enhance legislative powers and work with our partners to preserve existing housing and support the development of new housing that is affordable.”

Backgrounder
Making Room for the Middle: A Housing Strategy for Mississauga