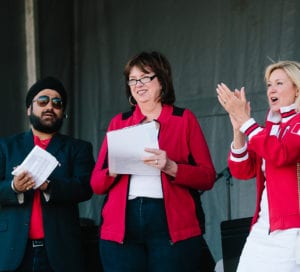 Carolyn Parrish won’t be running for chair of Peel Region.

Parrish has been asked to consider running by several people, including Mayor Bonnie Crombie, but plans to seek re-election as Ward 5 councillor in the next municipal election.

The veteran politician, who’s been a school trustee, a federal MP and a City councillor in two different wards since her colourful political career began in 1985, also revealed in a telephone interview this week that she plans to serve just one more term on council.