The annuncement of this new public washroom is great news for users of  Mississauga’s busiest transit hub. This is something that Carolyn Parrish has been championing for a long time – great to see coming in the Fall!

Washroom scheduled to open in fall 2019

The Westwood Square Transit Terminal is under construction as it gets a new accessible public washroom, scheduled to open in the fall of 2019. 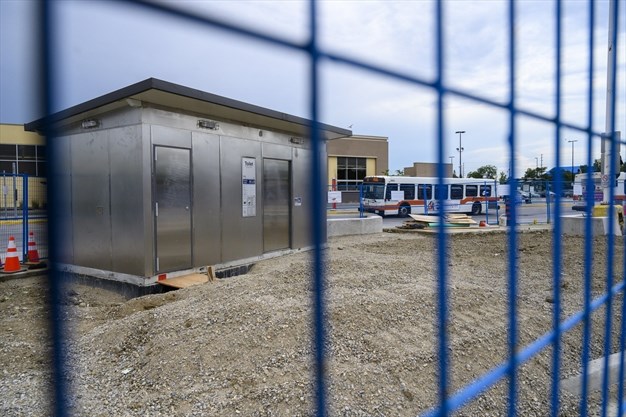 The bus terminal at the Westwood Square mall has a new public washroom. – Riziero Vertolli

The terminal is accessible 24-hours a day, seven days a week and serves more than 9,000 passengers during a typical weekday, making it one of Mississauga’s busiest transit hubs

In additional to MiWay buses, the terminal has connections to Brampton Transit and the TTC, which provides service to Humber College and Etobicoke General Hospital.

The washroom unit was pre-fabricated and brought on the site July 31.

The washroom was approved as part of the 2018 budget and was funded with money from the gas tax as part of the capital construction and improvement program.

In 2018, Mississauga’s gross total capital budget was over a $164 million.