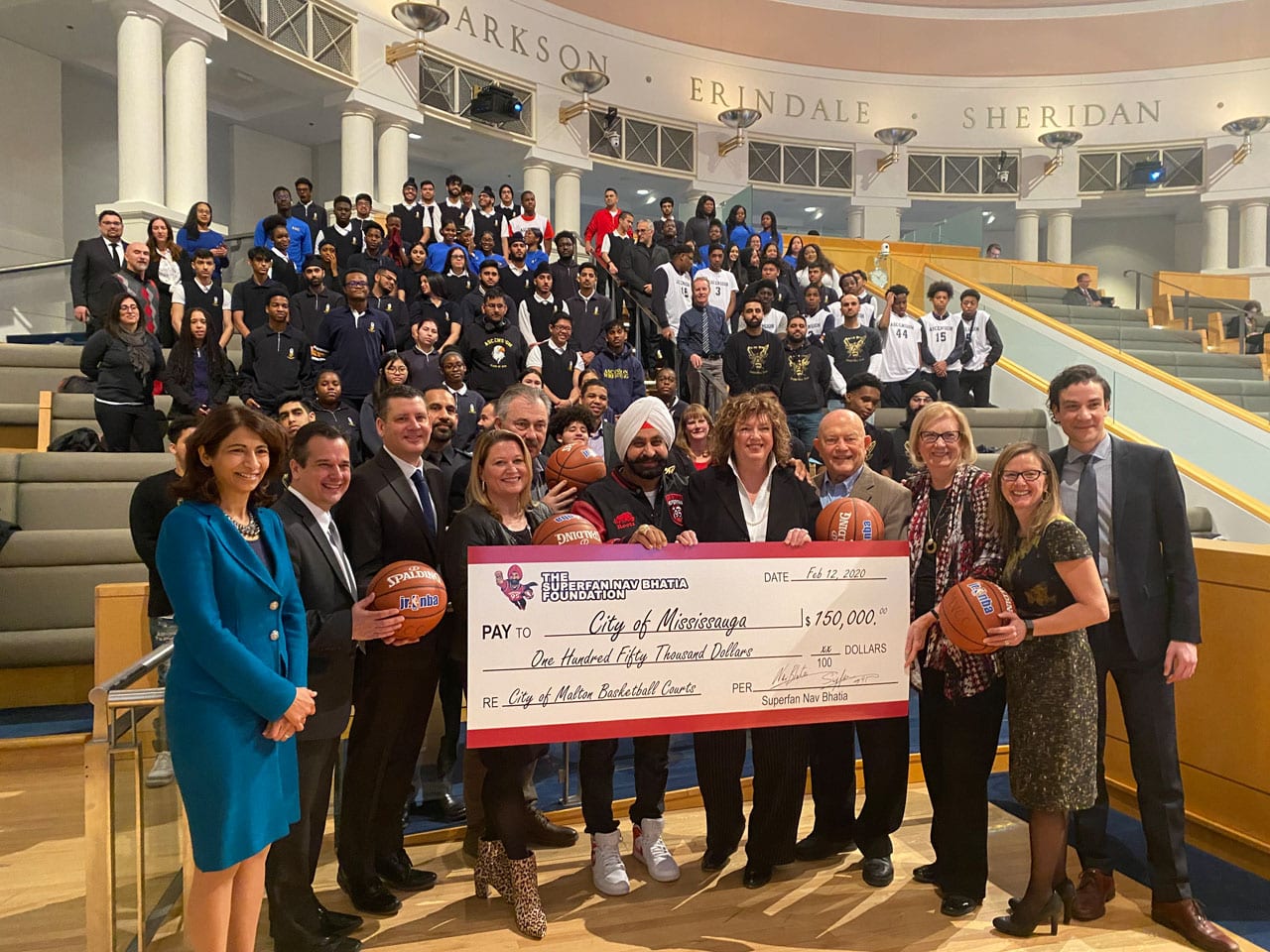 Malton has been home to many people who have gone on to become famous Canadians. One such Malton guy is the famous Nav Bhatia, also known as the Raptors Superfan – having never missed a home game.

Nav Bhatia arrived in Malton from India and lived in a basement apartment for several years with his wife. He became a very successful businessman through hard work, but never forgot his first home in Malton. Nav is also a philanthropist with a particular interest in young people.

To honour his first home in Canada, to recognize his passion for basketball and to provide an amazing facility for the kids in Malton, Nav partnered with the City, generously donating $150,000 to build a full NBA basketball court in Paul Coffey Park and refurbish 3, three-on-three attached courts. The presentation was made just before Covid made gatherings dangerous and was witnessed by students from Ascension Catholic Secondary School students bused down to City Hall, with boxed lunches, funded by the Malton BIA.

Construction started on the electrical systems for flood lights the Fall of 2020. The courts are expected to be completed Spring 2021. They will be for the exclusive use of the local residents, not part of the bookings Parks Services use on most sports facilities. And Nav Bhatia himself will be running three-on- three tournaments with special appearances by his Raptors Superstars. 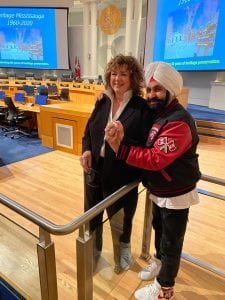 Nav with Carolyn - and the Championship Ring! 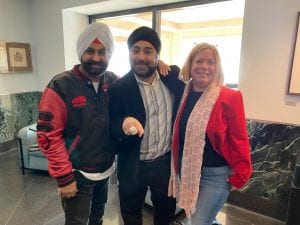 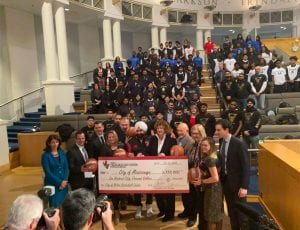 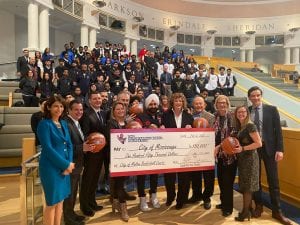