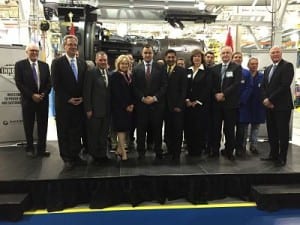 Pratt & Whitney Canada’s Mississauga facility, which is located in Ward 5, will receive a $300-million investment from the federal government.