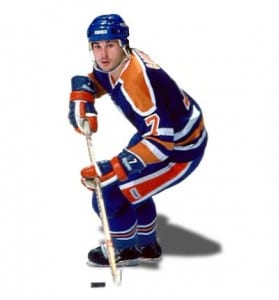 Paul Coffey’s roots are in Malton and his love of hockey started here. He began playing hockey at the age of four and years later joined the Malton Minor Hockey League. Although he eventually left for a phenomenal career – 21 seasons in the NHL, 4 Stanley Cups, 14 NHL All Star Games, World Cups and Team Canada competitions, and 3 James Norris Trophies – Paul Coffey identifies himself as a Malton boy. Even after winning his first Stanley Cup in 1984, Paul Coffey chose to celebrate with his family, friends and neighbours at Malton Community Centre.

With overwhelming support in Malton and from Council, Councillor Parrish is excited to announce the renaming of the arena and the surrounding park in honour of a long-term Malton family and an incredible local athlete!