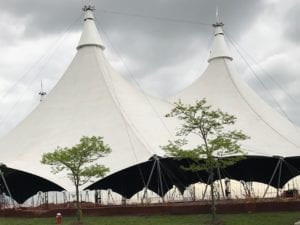 Insauga previously discussed Mississauga City Council voting to bring a world renowned theatrical performance involving acrobats and horses called Odysseo by Cavalia to the city. The show has received good reviews and the marketing campaign has been quite extensive; advertisements for the show via billboards have been seen as far as Eglinton and Bathurst. The last show is scheduled to take place on July 30.

Categories: Britannia, In The News